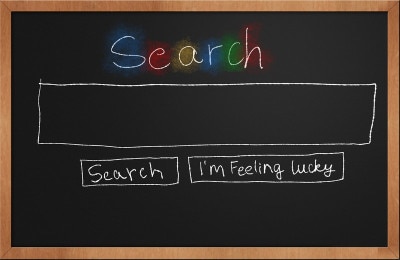 Can you really trust Google SEO advice to be in your best interest?

Google SEO advice – Below are my thoughts in bold text to excerpts taken from a revealing article written by Nate Dame published on Search Engine Land.

Nate states; Google often provides useful information to the SEO community, but columnist Nate Dame argues that ultimately, the company’s advice is in their best interest, not yours — so make sure you understand the nuances.

VISONEFX – Google is a public company compelled to do what is in the best interest of their share holders’ and the financial health of its’ company.

VISIONEFX – Nothing new here except Google finally admits it could take 6 months to a YEAR to achieve optimal search engine ranking.

Google’s word is not gospel

In 2011, Google released an authorship feature in search. Most important authors with multiple high-quality, published pieces would become their own positive ranking factor for content attributed to them. It was an exciting change for both SEOs and writers. And Google expressed a long-term commitment to the feature on multiple occasions. In mid-2014 authorship was discontinued. Google cited low adoption rates and low value to searchers as its reasons for discontinuing the feature. It is a notable example of the problem with following Google’s advice to the letter, and it is only one of dozens of discontinued Google services.

VISIONEFX – We loved using Google Talk which was similar to Skype Chat. Then one day it was gone. Expect the same to happen to Google other popular ‘free’ Google services if they fail to turn a profit.

If you’re hiring an SEO company, be sure to ask what tools they use. Analytics and Search Console should be on the list, but they should be paired with third-party tools as well.

VISIONEFX – When we completed the first steps of our own internal SEO campaign for VISIONEFX I found highly inaccurate linking data. We used paid tools such as MOZ and OnPage.org to collect accurate information.

Google is a for-profit company, not a public service

A 2015 report, “Beyond the FTC Memorandum: Comparing Google’s Internal Discussions with Its Public Claims,” compared Google’s internal policies and practices to their public statements about those policies and practices and found several inconsistencies. The FTC found evidence to question whether Google’s search results:
1. Benefit users or Google.
2. De-prioritize bad sites or Google competitors.
3. Use unbiased algorithms or human decisions.

The best thing to look for when hiring an SEO is someone who understands modern SEO strategies, and who teaches you how to utilize the power of search engines to grow your own audience. This is advice Google will never provide.

VISIONEFX – The approach for SEO is different for all business and eCommerce websites. The only thing they have in common for SEO is TIME. It takes ‘time’ to search engine optimize a website; and lots of it.

If you Google a state wide search ‘Virginia Web Design Company’ from any location in the USA finds VISIONEFX in the Top 10. This didn’t happen overnight.

Before you hire an SEO or Web design company, put them to the ‘search test’. If they can’t perform search engine optimization for their own web site, then how can you expect them to optimize your web site?