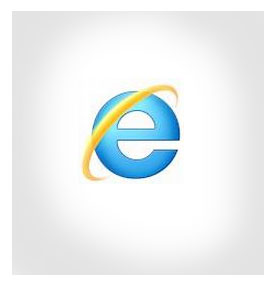 Internet Explorer, the browser you love to hate

Microsoft doesn’t play well with others

Though I wrote this article back in 2008, but thought it deserved to stay live on my new site so we can come back again in 10 years to find that Microsoft still doesn’t and never will play well with others.

Two trends have occurred at my web development business. Clients calling me to ask if they should install the new Internet Explorer 7; and clients calling me screaming for help because they downloaded it and are not happy with the results. Whoever your webmaster is, call him or her before taking a big step like this on your computer.

IE7 has many bugs, yet Microsoft is pushing hard for users to install it. And the unfortunate ones who do, experience problems viewing their favorite websites. To make matters worse, uninstalling IE7 is also a nightmare. Many popular forums and message boards are rife with users trying to uninstall IE7. Little did they know that the IE7 install embeds itself into the Windows operating system leaving users to completely reinstall Windows to rid themselves of it.

Others have had luck uninstalling it using the Windows system restore, but it is best to not try this yourself unless you have some experience with operating systems.

My advice is to dump the Internet Explorer browser and use Mozilla’s Firefox. For one reason, Firefox does not embed itself deep into your operating system. It plays well with PC and MAC operating systems alike and it has all the great features that make browsing an enjoyable experience. Other reasons I prefer Firefox over Microsoft include:

* Faster, cleaner feel to your browsing
* Tabbed browsing feature
* Pop-up ads are easily blocked
* Live bookmarks feature
* Optional add-ons for Google News, Ebay, Amazon, UPS and more
* Built-in RSS Support
IE7 Complaints Galore
As the problem with IE7 emerged, I went to the Microsoft IE7 support forums and began poking around for answers. Among the forum postings I began to see a pattern for complaints regarding menu display.

Here are some actual excerpts from the postings:

Flash Menus
Does anyone know why a Flash menu that appeared fine in IE 6 and works fine in Firefox when Firefox actually displays it, is wonky in IE 7? For some reason, it’s not aligned properly until you roll over a menu choice, at which point it moves into place as the new choices appear. It doesn’t move when using flash player to view it, and nothing actually moves in the flash file. My tables are set to the right size for everything, so there should be no room for any movement.

Suckerfish Menus
Has anyone else had any problems with the Suckerfish dropdowns in ie7? I’ll roll over one link which reveals the drop down list for that link but when I roll off the link the list doesn’t go away. So if I roll over another link the previous list I had rolled over is still showing. Also, if the list has a second level it will show the first time I roll over it but if another link has a second level it doesn’t pop out.

ASP.net
When I use IE7, I see that the menu on the left is not well organized. I mean some narrower elements are placed side by side, not like a list. It looks great with Firefox. Is there a workaround for this?

Open Cube
We’ve been using DHTML Slide Tree Menu with IE6 and Firefox 2.0 with no problems, but suddenly with IE7 the menu doesn’t work anymore and shows messages like “Incorrect Base URL registration…” or sometimes “Opencube sliding tree menu.

Mambo Menus
There seems to be a problem in Mambo with IE7 (Internet Explorer 7) with the menus in the administration module. They appears far far away outer left side of the screen.

Milonic Menus
I am building the menu using the php version that was in the examples, and when I go to the site with IE7, I get javascript errors when mousing over the menu. It works great in IE6 and FF (both 1.5 and 2 RC3). Please let me know if anyone has any ideas… I will send post my code if needed.

Open Source Menus
My menu uses a rollover drop down menu at the top for navigation. If you go to any of our pages with the menu in IE7 and Slimbrowser – all of the rollovers are unrolled – and obscure the page.

MXCSS Menus
Hello, I have a menu that works really fine in FireFox and IE6, now with the launch of Ie7 it appears a margin around , and all the menu is moved.

DMX Menus
I am having problems with my CSS pop up menu after I loaded IE7. I have a menu item that has a dash(-) in the title and for some reason IE7 shifts the text after the dash. Does anyone know a fix for this?

CSS Menus
I started my site over 2 years ago and have a vertical menu on it which flies out when the links are hovered over. This has happily worked on most browsers. However now IE7 is about, and it’s not working right. It still pops out and looks alright, however, if you click anywhere on the page except the menu, then go to the menu, the flyout sections stay out and overlap. Does anyone know why this is happening?

Millio Menus
Having used the Mollio Dropdown Main Menu on two sites, I’ve now realized that they don’t work properly with IE7. The drop down menu will not disappear like it should.

Dynamic Menus
I have a CSS Menu in a layer displaying a vertical menu. In another layer there is some text/ other code. Now with IE7, the content of the second layer disapears when the vertical menu is loaded. Very strange. In IE6 and FireFox all works fine, but IE7 is coming very soon; I expect great problems!! Can you please help me on this one?

Cool Menus
I can’t see any of my dropdown effects or links using IE7, but everything works fine in the newest versions of Firefox, Opera and Netscape. Does anyone have any suggestions or work around’s for this problem?