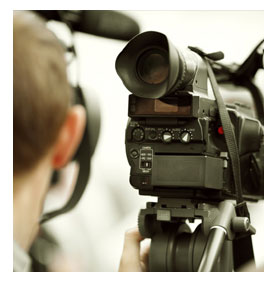 Print, Television and Media Outlets are Contributing to Their Own Demise

If Rupert Murdoch had any sense he would fire any news person who muttered the word Face book or Twitter.

Yes, I admit it. I am a news junky. I watch CNN, Fox News, MSNBC, CNBC and so on. No matter which show (yes I said show, only NBC Nightly News qualifies as a newscast) I am watching, the talent will mention Twitter or Face book without fail. You can set your watch by this, and even more so on local news channels.

Neither of these social time sucking applications would have grown as fast in popularity if print and cable would have remained silent.

The Weakening of Websites

Every time newscasters say Face book or Twitter, they are unwittingly weakening the search engine rankings of their primary news website because they are lessening the clicks and visits to their news website. I would suggest that instead of slowly killing their websites they might as well shut them down.

More importantly, newscasters are providing FREE advertising to these social time sucking Internet competitors. If you monetized the mentioning of Twitter and Face book across television networks and cable channels, it would amount to billions of dollars in lost advertising revenue each year.

If you doubt that large websites advertise on television, then consider the millions of ad dollars spent by Yellow Pages, Bing (Microsofts’ Internet search engine), Service Magic, Angie’s List, Constant Contact and many others.
Take a Stand and Stop the Madness

I can completely understand when a news story must mention Face book as it pertains to an actual news story. However, if I were a major stock holder in any of these networks, I would be screaming for casual mentioning of social sites to stop. Could you imagine the national buzz it would create if a major media outlet took the lead and announced they would no longer mention Face book or Twitter? I honestly might follow that particular newscast for taking a stand for common sense.

Reputation Is Everything. We make sure customer websites are running like a finely tuned machine to help them beat the competition and excel online. Please take a moment and read our live Google Reviews.

Visionefx knows it's essential to keep your Website, contact forms, and database humming along 24/7. We support and maintains your business web site as your very own 'personal web master.'